- September 29, 2016
The demand for a separate Gorkha state is an issue that since its first origins in the 1970s has dictated politics in the hills. 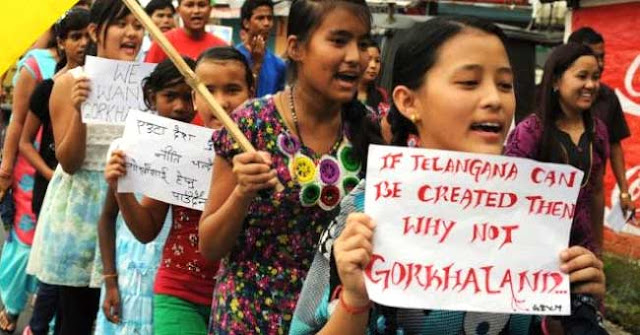 In 2009, Mamata Banerjee’s proximity to Bimal Gurung was a cause of great concern for the Left. At the time, Gurung-led GJM had perfected the bandh-boycott movement in their Gorkhaland movement – indefinite shutdowns, boycotting government taxes, telephone, electricity bills, blocking national highways to paralysing panchayats. As a 12-hour bandh returns to Darjeeling, it is apparent that while a lot has changed since 2009 – some things haven’t. Prime among them is the sheer fervor of the Gorkhaland demand – a fervor that Bimal Gurung, now on the back foot hopes will provide him enough ammo to combat friend-turned-foe Mamata Banerjee as she continues her tactic of dividing the hills, combining development with the creation of different boards. Meanwhile, Darjeeling waits, anxiously.
Bimal Gurung and Gorkhaland, today

On the face of it, the 2016 Assembly elections were a victory for Bimal Gurung. But the party’s performance – particularly in Kalimpong, which had historically been Gurung’s political backyard – have left the party worried. Even more worrying is the string of senior party leaders fleeing ship and joining the Trinamool Congress, including GTA chairman Pradeep Pradhan, joining the TMC. Unsurprisingly Gurung relaunched the Gorkhaland demand, while simultaneously filing a plea in the Supreme Court challenging the West Bengal government’s refusal to transfer administrative power and various subjects to the Gorkhaland Territorial Administration, in spite of a tripartite agreement that was reached within the state and union governments in 2011. Gurung’s dominance of politics in Darjeeling began in 2007, with him emerging as the voice for the demand for a seperate Gorkha state, the issue that since its first origins in the 1970s has dictated politics in the hills. The movement had seen its most violent phase between 1986-88 when Subhash Ghishing’s Gorkha National Liberation Front lead the movement, until his lieutenant Gurung began his own party with the GJM in 2007. Journalist and long time observer Romit Bagchi, in his book, “Gorkhaland: Crisis of Statehood” points out that the “singular quality” that allowed Gurung to replace Ghising’s leadership was “his invincible loyalty to the paramount cause of the community” – the demand for statehood. Writing in 2009, Bagchi predicts that “people would not accept a mellowed Bimal Gurung who speaks the voice of reason and restraint”.
His opposition believes that Gurung’s popularity has been waning, with many believing that he fell into the very trap of “reason and restraint” while joining hands with the Trinamool. Now, Gurung knows that he’s cornered by Trinamool Congress – who has begun a tactic of ‘divide and rule’ – that has left him virtually alone. His decision to relaunch the Gorkhaland protest – with bandhs and boycoots – is not just a case of ensuring political relevance, but also a return to the form of politics that he is most familiar with.
Meanwhile Mamata Banerjee’s politics, of divide-and-rule combined with the unwavering rhetoric of development (which the opposition alleges is just that, rhetoric) has allowed her to make inroads into the hills. On October 2009, Mamata Banerjee – the then rail minister – flagged off the long awaited New Jalpaiguri-Digha Weekly Express and said that the railway link between Darjeeling hills and the sea would usher in a “new era” with “enormous possibilities” and “fresh employment opportunities”. In the past six years, none of this has changed. In her last speech in Kalimpong, Banerjee announced the government’s decision to accord Kalimpong seperate district status, a longstanding demand of the area while once again launching into a speech laden with the rhetoric of development. A slew of new announcements and projects, along with the customary call for “peace” – Banerjee’s politics seems unchanged. But in the run up to the 2016 elections, Banerjee started announcing the creation of development boards for different communities living in Darjeeling – the Lepcha Development Board and the Tamang Development Board. This apart from the GTA which is responsible for governing the whole of Darjeeling district. While the Gorkhas remain the dominant community here, the Lepchas, Limpus, Tamangs, Bhutias, Rais, Dukpas, Sherpas, and Tibetans also form a sizeable population. In the speech at Kalimpong, Banerjee announced, “More boards will be announced” 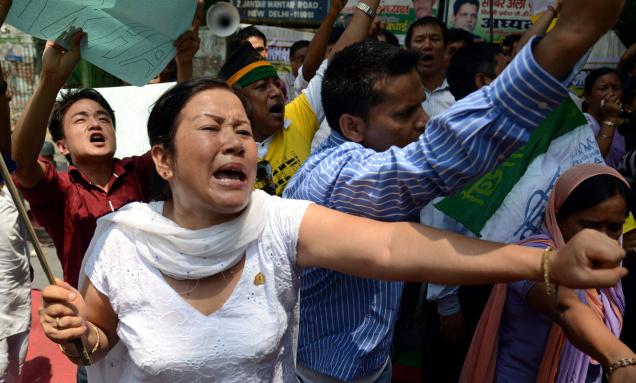