Defence Correspondents Course is conducted annually under the aegis of Directorate of Public Relations, Ministry of Defence to give exposure to selected Journalists from Print & Electronic Media, Photo Journalists and Governments Public Relation Officers to enable them on fair and objective reporting about matters relating to Defence Services. A total of                 36 correspondents under two Public Relation Officers are undergoing the Army leg of the Course being conducted by Trishakti Corps from 05 Sep-17 Sep 2016 after completion of the Air Force & Naval legs.
Lieutenant General SK Jha, General Officer Commanding Trishakti Corps, while interacting with the Young Journalists, highlighted the importance of media in public awareness and nation building. He emphasized that the Defence Correspondents Course has been especially designed to enable & empower the Correspondents to understand Military way of functioning, ethos, role, tasks, customs & challenges faced so that it empowers them in correct reporting of  the matters pertaining to the Defence Forces and enable them to become specialised Defence Journalist. He expressed hope that the participants would carry valuable lessons from the course which would help them in defence related reporting in the future.
The Defence Correspondents after initial orientation program at Sevoke Road Military Station, will be given an exposure to various training and operational aspects including interaction with troops and visit to forward areas, wherein they will get a first hand exposure of the challenges faced and vagaries of nature faced by the Soldiers in defending the nation. 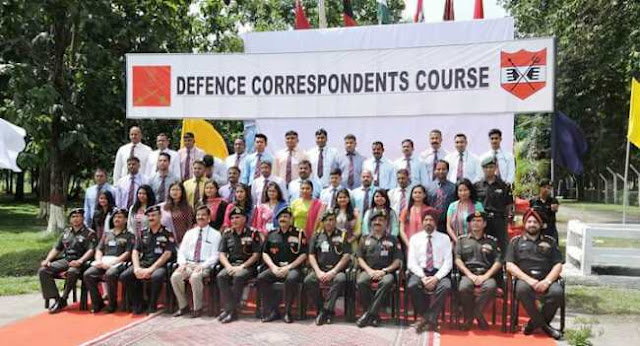