A tipper coming from Pagli Bhutan over loaded with Dolomite runs over a man coming in Bike from the other side. The mishap took place near Birpara Hospital first gate at 12.30pm today afternoon. Driver fled from site after the accident. Locals have blocked the highway and have asked police to call the SDO. Locals have alleged that these tipper drivers mostly drug addicts drive recklessly, over-speeding through the Highway. They carry dolomite from Pagli-Bhutan site to Dalgaon railway station in Birpara which is further transported by Train to various parts of India. Dolamite is used to make iron.

The injured man was taken to Birpara hospital. His left leg from the knees has been fully detached from the body. He is said to be a resident of Banarhat and stays in Birpara.

Locals said there a big school (Mahabir School) nearby and the way these drivers drive is very dangerous. Several accidents have taken place in the past due to the drivers negligence. Its said if a driver makes 3 trips in a day he is given extra bonus. To earn this extra bit of money they drive in very ruthless manner. The protest is going on and entire highway has been blocked.
Update: The injured man has been now referred to Siliguri.
Update: Biker succumbed to his injuries last night at a Siliguri Hospital. 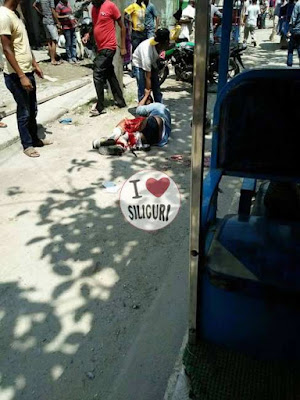 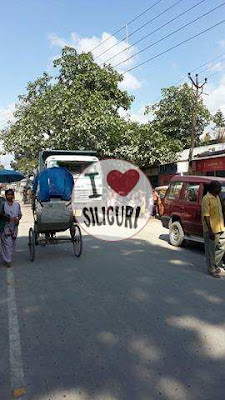 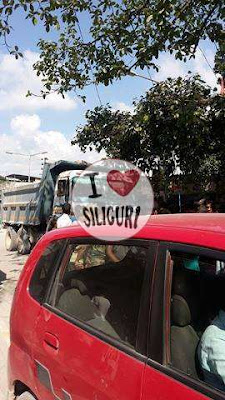 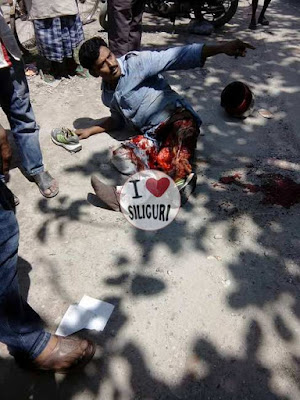