- September 14, 2016
Ten years ago, Mamata Banerjee left Singur kicking and screaming, hauled away by policewomen in the middle of the night. 25 September 2006 marked the beginning of a campaign that eventually led Banerjee rise to the chief minister’s post in West Bengal.
The movement comes a full circle on Wednesday, when Banerjee will start handing back land to 9,117 farmers in Singur.
An almost written-off opposition leader in September 2006, Banerjee had just launched her campaign against the state government’s plan to seize land from farmers for Tata Motors Ltd’s small car factory.
Baton-wielding policemen initially showed restraint but eventually used force—mild lathicharge, as they call it officially—to drive her and her supporters from Singur. That became the starting point of a turnaround journey for Banerjee.
Announced with much fanfare by Ratan Tata, the erstwhile chairman of the Tata Group, the Singur project was expected to mark a break from West Bengal’s inglorious past of flight of capital and a personal gift for then chief minister Buddhadeb Bhattacharjee who had just led the Left Front to five more years in power with a landslide victory.
Seen as a stamp of approval from one of India’s biggest conglomerates for Bhattacharjee’s radical plans for reforms, Tata Motors’s small car factory in Singur was billed to be a game changer for the state, which according to its then chief minister needed to shake things up from the root to remain relevant to its youth.
Firm in his belief that families dependent on agriculture were looking for options to augment family income and that the relevance of farming in the economy was fading out, Bhattacharjee embarked on a journey of land acquisition to build large factories. The idea was to generate jobs.
But it fell flat as Banerjee seized the opportunity to mount a sustained campaign against the state’s land grab drive, riding people’s popular support.
And it’s payback time now.
With the Supreme Court ruling on 31 August that the state administration had not followed the due process of law to acquire land in Singur, Banerjee stands vindicated. What this means for her was best expressed by her comment that she could now die in peace. Even Bhattacharjee had to admit it wasn’t enough to pursue something with the right intention; the execution had to be correct.
The undoing of Bhattacharjee’s grand plans will culminate with Banerjee handing back ownership of land in Singur to 9,117 persons.
However, Banerjee, too, feels the need to build large manufacturing facilities, so she isn’t gloating about the victory. On Monday, she asked the Tata Group to take the defeat sportingly.
As the chief minister, she is now speaking a different language, but the challenge is to get heard in a cacophony of pro 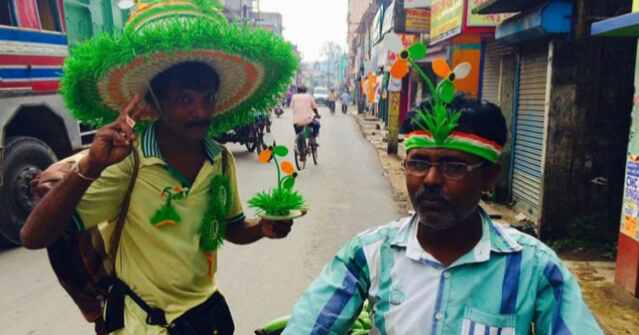