- September 13, 2016
At least two women were killed on Tuesday night, when an old residential building collapsed in north Kolkata's Pathuriaghata Street area, reports said.
According to reports, the three-storey building fell down at around 9:40 pm.
Police force, Fire and Emergency Services officials, Disaster Management Group (DMG) personnel and an unit of National Disaster Response Force (NDRF) rushed to the scene.
Few hours later, the rescue teams found the bodies of two residents, who have been identified as Sweta Rai and Sandhya Rai, under the debris.
However, the wreckage of the multi-storey is being cleaned from the area, while other residents of the building have been given shelter to a nearby building, officials said.
IBNS 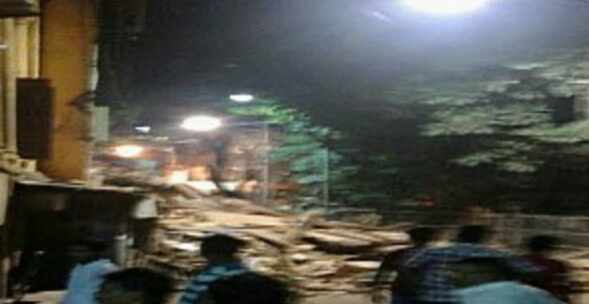