- September 14, 2016
Roopa Ganguly, West Bengal state BJP Mahila Morcha president, claimed on Tuesday that nine people have died due to “starvation and lack of treatment” in the last six days in three closed tea gardens of North Bengal. Ganguly, who is touring the districts of Cooch Behar, Alipurduar, Jalpaiguri and Darjeeling, said while tea garden workers and their families are dying of “starvation” the chief minister has simply denied acknowledging the bitter truth.
Ganguly accused the state government of simply turning a blind eye to the deteriorating condition in the closed and sick tea gardens of North Bengal. The BJP leader, who visited closed Bandapani, Jaybirpara and Deklapara tea gardens in the Dooars, said, “In these gardens, nine people died in last six days due to starvation and lack of treatment.” She also furnished the names of those who died. She said crimes against women are on the rise in the state and the state police have failed to put in place precautionary measures to stop them. Every time crimes against women take place, the chief minister denies them, which prompt the police not to carry out a fair investigation, she said.
“If this is not changed, sincere and honest people would not come forward to lodge complaints against the anti-social activities and crimes against women,” she added. “Or they will simply take the law in their hands and punish the culprits.” Ganguly said the post of president of the BJP’s state mahila morcha is not another feather in her cap. “But it’s a big responsibility,” she said. (Source: Hindustan Times) 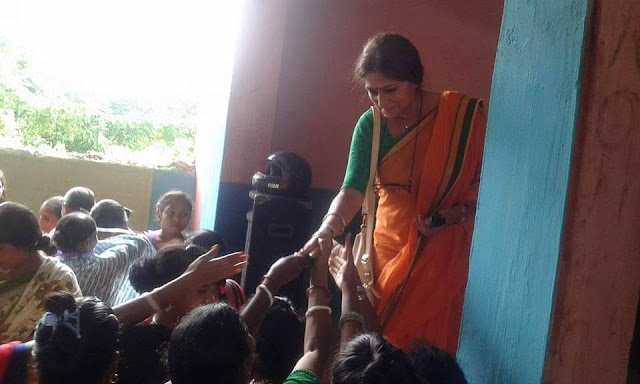