At least 20 persons were killed and several others got injured when a bus fell off a bridge in Angul district of central Odisha around 9.30 am on Friday.
VIDEO

The toll may go up as some of the injured were critical.

Quoting preliminary findings, police said a front tyre of the bus burst after which the driver lost control over the vehicle resulting in the accident.
Some of the injured in the mishap were being airlifted and admitted to various hospitals.

The private bus was on its way from Boudh district headquarters town to Angul. It fell off from the Old Manitri bridge, located 10 km from Athamallick, around 110 km from Angul district headquarters town.
Chief minister Naveen Patnaik has expressed grief over the mishap and announced free treatment of the injured.
Transport minister Ramesh Majhi said the cause of the accident will be probed. 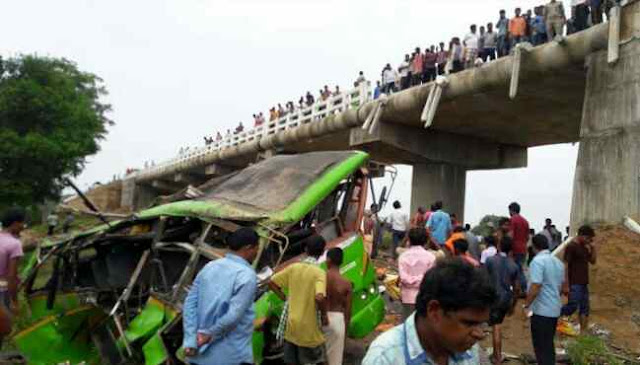