An army truck ramped into a vehicle, rickshaw and some stalls near Vishal Mega Mart today afternoon at 3.30pm.

As per info received one person has been reported dead and several injured. The injured have been admitted at Siliguri hospital.

Sources say the army truck lost control after its breaks failed. The driver 'Darmeswar Rava' has been taken into custody. Truck number 14D193481K.

Situation was tensed at Burdwan road after the incident. Police is on spot and situation is under control now. 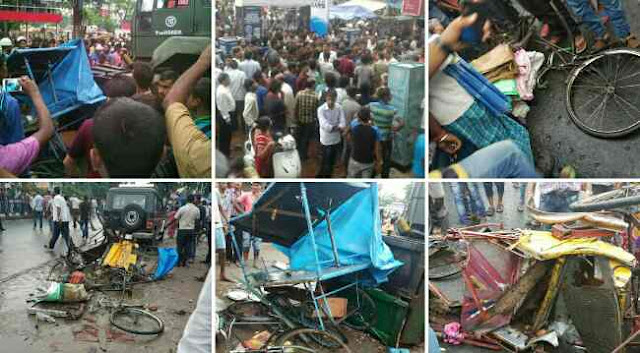