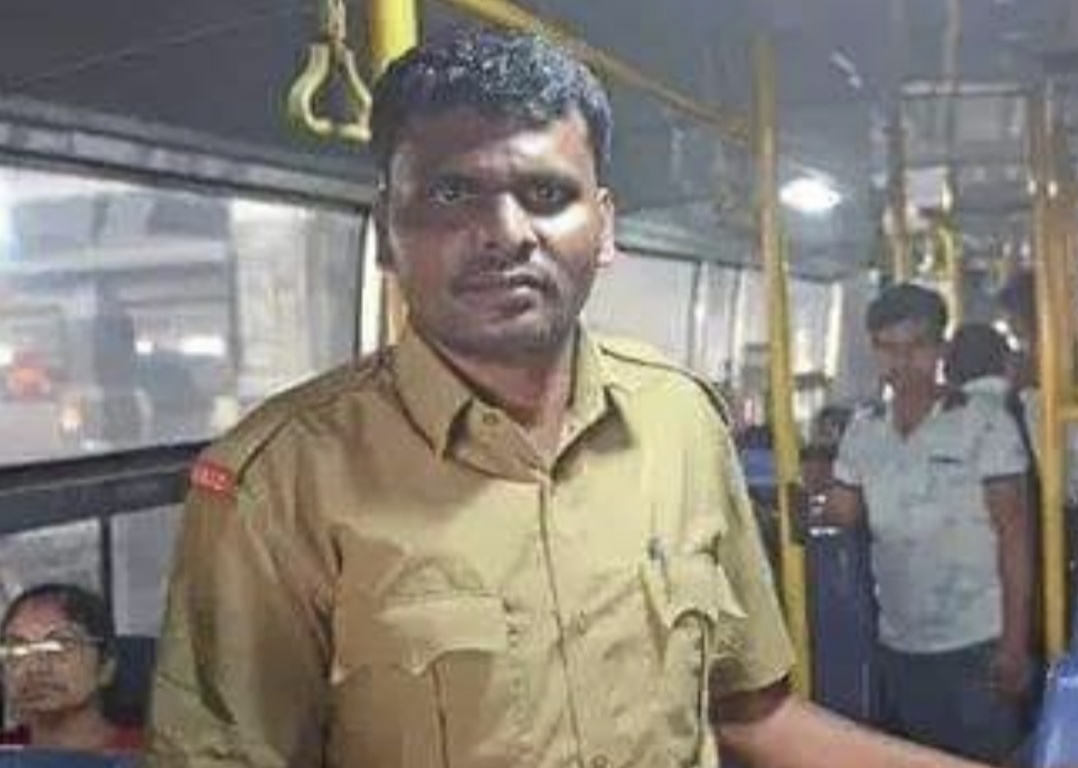 Madhu NC, a bus conductor with BMTC, studied five hours daily to clear the UPSC Civil Services exam. After successfully clearing the Mains, Madhu is looking forward to the interview on March 25. The BMTC bus conductor is the first in his family of elder brother, sister-in-law and parents, to go to school. His mother is thrilled, sharing Madhu's emotions while not equally understanding the importance of the results.
According to a report in Bangalore Mirror, the 29-year-old cleared the prelims in June last year and began his extensive study preparing for the Mains. He had to study Political Science & International Relations, Ethics, Language, General Studies (divided into three parts), Maths and Essay Writing. Madhu chose Political Science and International Relations as his optional subject. After writing his prelims in Kannada, Madhu wrote mains in English. Madhu who hails from the small town of Malavalli in Mandya started working at the age of 19 as a conductor, after completing his school. He then completed his graduation and post-graduation through distance learning and now holds a Masters in Political Science degree. “My parents don’t know what exams I have cleared but are very happy for me. I am the first one to be educated in my family,” said Madhu while proudly displaying his roll number in the list.
Madhu NC (Pic courtesy: Bangalore Mirror)
For eight hours a day, Madhu performs his duty as a conductor. An exhausting job involving him to be on his feet every day while jostling with crowds, handing out tickets, making sure there are no ticketless travellers. Regarding plans for the future, after clearing the interview, Madhu said that he would give up being a conductor and become an IAS officer like his current boss, C Shikha, the managing director of Bangalore Metropolitan Transport Corporation.
For two hours every week, Shikha has been guiding him to prepare for the interview. “She has always been very supportive and has guided me on how to write the exam. Now she is preparing me for the interview,” he added.
After having failed in the Karnataka Administrative Services (KAS) exams in 2014, Madhu says he was not demotivated, rather it inspired him to do better. In 2018, he gave the UPSC exam but did not clear it. However, that did not stop him from appearing for the exam again and he finally cleared it this time. “I always wanted to achieve something big in life," Madhu asserted.
I started working early to support my family but that did not stop me from studying further. I used to study for 5 hours a day. My subjects were Ethics, Political Science, Maths and Science. I would study every day, before and after work. I would also wake up at 4 am and finish my studies before proceeding to work.”
Rather than opting for the conventional way of joining a coaching class, Madhu prepared for the exam through self-study with some guidance from his seniors at the BMTC head office. “I watch a lot of YouTube videos to learn how to prepare for the interview. I am learning the art of answering questions with confidence. I am very positive and confident that I will clear the interview too,” Madhu said.
The 29-year-old conductor is now preparing for his interview which is slated for March 25.
India