- August 04, 2017
The Class X student from Ranaghat Nasra Boys' High School had to be admitted to the hospital after he was allegedly beaten up by the school headmaster as he had been absent from school for a few days. Due to some ailments, the victim was unable to attend the school for the past few days. He went to the school on Wednesday to appear in an examination. It has been alleged that the victim was not allowed to appear in the examination by the headmaster. The victim's family members alleged that the accused headmaster took the victim out of the classroom by pulling his ear.
The accused teacher continued to slap on his face and his ear. As a result of this incident, the victim started profusely bleeding from his left ear. Some of the teachers and the staff members of the school tried to stop the bleeding by putting cotton on the left ear. The victim was then taken to a nearby quack. When the boy returned to his school, the headmaster asked him to bring his father. The victim went home and told the matter to his father who found that his ear was profusely bleeding. When the victim's father went to the school, the accused headmaster allegedly abused him.
The family members took the victim to Ranaghat Sub-divisional hospital and later shifted him to Kalyani JNM Hospital as his condition deteriorated. The family members of the victim lodged a complaint at the local police station on the basis of which police arrested the headmaster. The family members of the boy said that he was unable to go to school as he was suffering from some ailments. The headmaster of the school did not listen to the boy when he explained the reason of his absence from the school. But the headmaster became agitated and started beating up when he found the boy in the classroom. The victim has been under medication, a family member of the victim said. In another incident, a girl from Manikchak in Malda committed suicide by hanging herself from the ceiling fan after she was allegedly given indecent proposals by her private tutor. Police have arrested the accused teacher and started a probe in this regard.
http://www.millenniumpost.in/kolkata/student-bleeds-from-ear-after-being-beaten-up-for-absence-1-held-255905 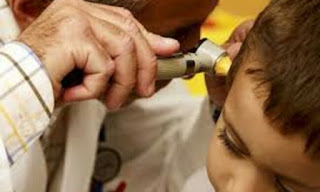