- August 04, 2017
An injured person who was found beside railway tracks alleged that a group of unidentified men robbed him in a running train and threw him out.
The person, identified as Kant Singh of Assam, said he was travelling in Delhi bound Brahmaputra Mail when unidentified men robbed his money and threw him out of the running train last night.
RPF sources here said Singh was found beside railway tracks near Khurial railway station near Bihar-West Bengal border last night. He lost his left hand under the wheels of a train.
Local people contacted Kumedpur station master in Malda district. He was first admitted to a hospital in Harischandrapur and then shifted to Malda Medical College and Hospital.
RPF sources, however, said there was inconsistency in his statement. He would be questioned after recovery. PTI 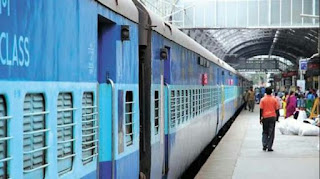