- August 04, 2017
A delegation of West Bengal BJP unit on Wednesday met State Election Commissioner (SEC) and sought deployment of central police forces to ensure free and fair elections in the seven municipalities of the state which are scheduled to be held on 13 August.
Representational image. ReutersRepresentational image. Reuters
"We had met state election commissioner AK Singh and had sought deployment of Central forces for the upcoming municipal elections to the seven municipalities scheduled to be held on 13 August. The TMC had let loose a reign of terror and in this situation, free and fair elections are not possible under state police," vice-president BJP state unit Jay Prakash Majumdar said.
The BJP had alleged that due to intimidation by TMC, two minority candidates of BJP in Panskura municipality were forced to withdraw their nomination.
Elections for seven civic municipalities: Durgapur Municipal Corporation in West Burdwan, Dhupguri in Jalpaiguri, Buniadpur in South Dinajpur, Coopers’ Camp Notified Area in Nadia, Nalhati Municipality in Birbhum and Panskura and Haldia municipalities in East Midnapore will be held on 13 August. The results will be declared on August 17.
PTI 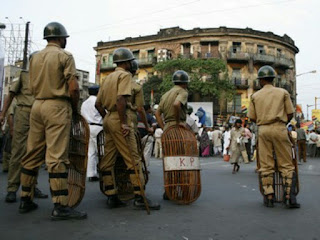