- July 01, 2017
As per sources forest officials received information that wood smugglers are cutting logs and smuggling wood at Merry View Tiapo Forest near Bagdogra.
Forest officials along with Bagdogra police reached the spot at around 7pm a while ago. Seeing police the smugglers torched one vehicle and were fleeing from spot with their cycles loaded with wood.
In the above incident one smuggler was shot dead in firing. The rest managed to flee. Two cycles have been found on spot. As per sources the cycles have been perfectly modified to smuggle wood.
The area police and forest officials went is quite far from main road amidst the jungle. No roads there, just a small path and filled with jungli elephants. Locals said just sometime before a herd had crossed the path.
Taking life on risk, the officials did their duty the best way possible. 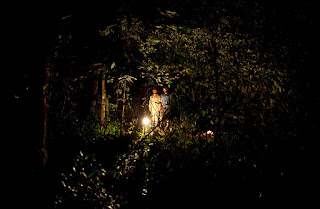