Student from Islampur studying in Gurgaon jumps off school building, was miffed after brother got bike

- July 04, 2017
A 15-year old boy, who jumped off his school building on Sohna Road on Tuesday morning, was tensed for the past couple of days and was showing signs of depression. The minor boy was upset by the fact that his parents had bought his brother a bike and not him, said sources at the CD Senior Secondary School on Sohna Road.
Mohit, a resident of Islampur village, jumped off the second floor of the school building at 8am on Tuesday. “The student seemed to be upset. He joined the school today after the holidays got over on Sunday. He told his friends that he was going upstairs and jumped off the second floor around 8 am,” said a member of the school committee.
Sources said that a few days back Mohit had climbed to the fifth floor of his neighbour’s house in Islampur village, which evoked the house owners suspicion. The house owners called his parents.
“As soon as we came to know that the boy had jumped off the building, we rushed to the spot and had him admitted to Sona Devi hospital in Badshahpur. Though he initially received treatment there, he was later referred to the Medanta hospital. He was in conscious state in the ambulance while being taken to the hospital,” a school official said.
His brother, who came to the to fetch his bag also told school officials that Mohit was upset with the family members over being denied a bike.
According to the police, Mohit suffered a fracture in the hand and also sustained head injuries. His condition is stated to be critical.
“We learned that the boy jumped off the second floor of CD school. The matter is being investigated and the things would become more clear after the statement of the victim is recorded,” an investigating officer said.
Badshahpur SHO Rajendra Yadav said the boy was a minor and his statement would make it clear as to what made him take this drastic step. “ He is a minor and we are trying to ascertain why he took this step. As of now, no complaint has been filed by his parents,” he said.
By Abhishek Behl and Yashaswani Sehrawat , hindustan times 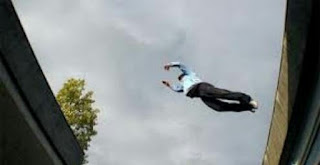