- July 15, 2017
Siliguri and Darjeeling in West Bengal will soon get Post Office Passport Seva Kendra (POPSK), Minister of State for External Affairs M.J. Akbar said on Saturday.
Speaking at the inauguration of two POPSKs, Akbar said getting a passport was now a right and no longer a dream for every citizen, especially the poor.
"The government wants to take passport service to the reach of every citizen and hence the Ministry of External Affairs has collaborated with the Department of Posts to open Passport Seva Kendras at a range of every 50 km throughout the country. This will end the era of having to travel far to obtain a passport, he said.
"Soon Darjeeling, Siliguri and other places of West Bengal will also have POPSKs," he said.
Describing the coming together of the two departments as a sign of good governance, the minister said the Ministry of External Affairs can make use of the wide network of the Department of Posts to make passport facilities available at everywhere.
Having passports would enable the youths to take advantage of the world, which has turned has turned into a global village now, by travelling abroad and reaping the consequential economic benefits.
Akbar ceremoniously inaugurated a POPSK in north Kolkata's Beadon Street Post Office during the day. Through video conferencing from the same venue, he inaugurated another POPSK at Krishnanagar Head Post Office in Nadia district.
The number of POPSKs in West Bengal now stood at four, completing the phase 1 of the project in the state. Earlier, POPSKs were opened at Asansol and Raiganj in the state.
The POPSK at Asanol was now handing out almost 1,000 passports every month. The number of passports issued from Raiganj now stood at 500.
IANS 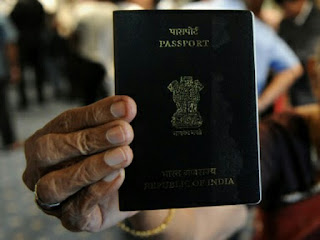