- July 01, 2017
Police have arrested one person on charges of killing his daughter-in-law. The incident triggered tension at Sitalkuchi in Cooch Behar on late Friday night. Police said that Sunati Burman, the victim, was stabbed to death by her father-in-law. The exact cause behind the murder is yet to be ascertained by the police. According to the preliminary investigation, police suspect that there had been a quarrel between the victim and her in-laws over certain issues. The local residents told the police that they often heard them quarreling over some issues. The quarrel took an ugly turn on Friday night when the accused, Jugin Burman started stabbing her. Attracted by the screaming of the woman, the local residents rushed to the spot. She was rushed to Mathabhanga Sub-divisional hospital where the patient was declared brought dead. On the basis of the complaint lodged by the family members, the police have started an investigation and arrested the accused. He has been undergoing treatment as he fell ill. 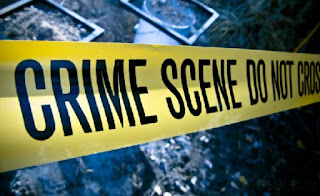