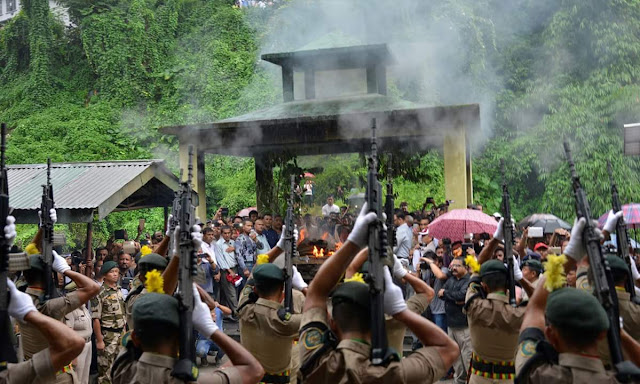 The mortal remains of Late Shri Bhandari was kept at Manan Kendra from 8am to 11am this morning for people to pay their last respects. Governor of Sikkim Shri Shriniwas Patil joined hundreds of well wishers to pay tribute to the former Chief Minister. 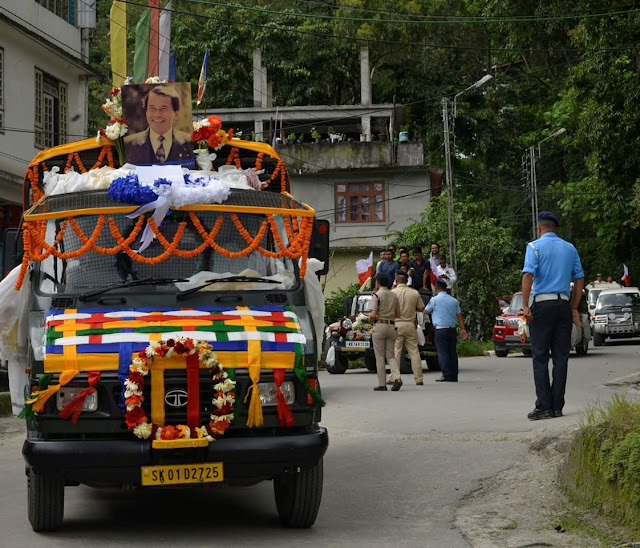 Thereafter the funeral procession proceeded towards the crematorium at Jalipool. The procession halted at various points such as Deorali, Tadong Convoy Ground, Manipal Hospital Gate, and Mayfair junction, where people had gathered in large numbers to pay their last respects to the erstwhile leader. 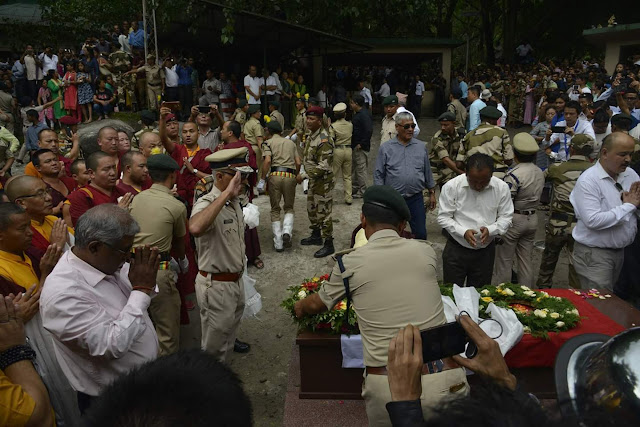