- July 23, 2017
You no longer need to show your birth certificate to get a passport. Continuing the process of simplifying passports for Indian citizens, the government informed Parliament this week that Aadhaar or PAN card among a host of documents could be used to establish proof of birth.
According to the Passport Rules, 1980, all applicants born on or after 26/01/1989, had to submit a birth certificate, a mandatory provision. Now they can submit any one of these transfer/school leaving/Matriculation Certificate issued by the school last attended/recognised educational board containing the DOB of the applicant; PAN Card; Aadhaar Card/E-Aadhaar; driving license, Voter ID cards, even LIC policy bonds.
Government servants can give extracts of service record, pension records, etc. The aim, said VK Singh, answering a question in Parliament is to make passports easily available to millions more.
Accoding to TOI report neither divorce decrees, nor adoption certificates need to be submitted any longer to get a passport. Orphaned children only need a document from their orphanage to confirm date of birth.
Applicants over 60 and below 8 years of age will get a 10 per cent discount on passport fees. Online applicants need only provide the name of one parent or guardian, not both, helping single parent families.
The annexes to the passport form have been reduced from 15 to 9, and they only need to be printed out in plain paper, and self-attested. No attestation/swearing by/before any Notary/Executive Magistrate/First Class Judicial Magistrate would be henceforth necessary. This also means married applicants don't need to provide a marriage certificate, nor name of spouse if they are divorced or separated.
All these rules have been in operation since December 2016. 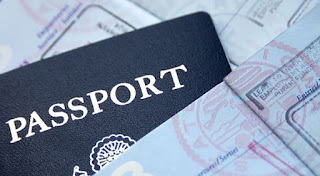