24 railway stations to be developed to boost tourism

- July 26, 2017
NJP, Kamakhya and Guwahati are among the 24 railway stations which will be given a facelift to boost tourism, the Lok Sabha was informed today.
In a written reply in the Lok Sabha, Minister of State for Railways, Rajen Gohain, said the railways will undertake works to develop these stations in collaboration with the tourism ministry at a cost of Rs 240 crore.
"Twenty-four railway stations of tourist importance have been identified for upgradation of passenger amenities in association with the Ministry of Tourism on a cost sharing basis in the ratio of 50:50 subject to a ceiling of Rs 240 crore from the Ministry of Tourism and Ministry of Railways together," he said.
"The stations are identified on the basis of heritage and tourism importance of the station and the destinations it caters to," the minister said.
In the northern railways, Amritsar, Delhi Safdurjung, Kurukshetra, Raebareli, Haridwar and Varanasi have been identified where passenger amenities will be upgraded while in southern railway, Thiruvananthapuram, Rameshawaram and Madurai have been selected.
In east central railway zone, Gaya has been identified for a makeover, while in north central railway, Agra Cantonment has been chosen.
Jaipur and Ajmer railway stations have been identified in north-western railway while Puri is the only station under the east coast railway zone to have been selected.
In the south central railway zone, Hyderabad, Tirupati, Nanded and Aurangabad have been chosen while in the south western railway, only Hospet station has been identified.
Kamakhya, Guwahati and New Jalpaiguri in the northeast frontier railway zone have found places in the list, while Tarapith Road and Tarakeshwar in eastern railway have been chosen.
Gohain said except Tarapith Road, the other 23 stations have been jointly inspected by a team of officers from railway and tourism ministries. 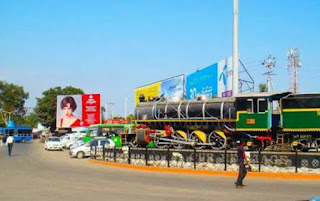