Wives killed by husbands at 2 places in Bengal

- June 06, 2017
A husband was arrested and another was fighting for his life after they allegedly hacked to death to their respective wife in West Bengal's districts of Jalpaiguri and Malda, police said today. Bishnu Muda (40) was arrested from Kurti tea garden in Nagrakatta after he allegedly in drunken state hit his wife Gulmoti Munda (37) with a stick on her head last evening. In another similar case, a husband was admitted to the Malda hospital with throat slit as he attempted to kill himself after uxoriciding his wife, Arati Murmu. The incident happened at Dhjawan village under Gajole in Malda where after ensuing a quarrelbetween the spouses, the husband slit the throat his wife and then tried to kill himself.
UNI 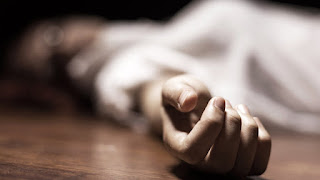