Why Gorkhaland: A guide for starters - A must read for everyone and know who are the Gorkhas 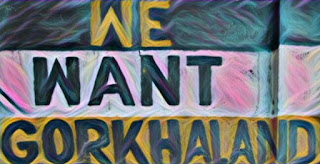