- June 08, 2017
Darjeeling: The West Bengal government would build a new secretariat in Darjeeling for development of the hills, Chief Minister Mamata Banerjee today said.
“The decision to construct a secretariat has been taken at the cabinet meeting here and it will be named as Tenzing Norgay Bhavan. Work will start in six months,” she announced.
Talking to reporters after the cabinet meeting which was held in the hill station after over four decades, she said, “The people in the hills were neglected for a long time.We will try our best to usher in development for them.”
“The people in the hill areas have been demanding development. Nothing had happened during the Left rule of 34 years, but things have changed after our government took over.
We have done so many development works here. I am proud to say that I am the first chief minister to visit the hills for more than 100 times,” she said.
Making a dig at the Gorkha Janmukti Morcha (GJM) which opposed her party the TMC, she said, “Let there be competition for development.”
Asked about the GJM’s agitation programme, she said, “They have the democratic right. Let them do it. They have no issue”.
On the GJM’s opposition to the alleged “imposition of Bengali language” in the schools in the hills, she once again made it clear that Bengali was not made a compulsory subject.
“Rather, we gave recognition to the Nepali language,” she said.
She said that the cabinet decided to make Chandannagar in Hooghly district a new Police Commissionerate. It will be the sixth police commissionerate after Howrah, Bidhannagar, Barrackpore, Asansol-Durgapur and Siliguri.
A skill development centre would come up in Mirik, which would train 3,000 youths, she said. TMC had won the recent civic election in Mirik.
She announced that every year, two Cabinet meetings would be held in the hills and two in Jangalmahal (erstwhilke Maoist-affected areas).
Turning to paucity of IAS officers in the state, she said, “We do not get many IAS officers. And it takes around 25 to 30 years for one WBCS (Exe) officer to get nomination to become All India Services (IAS) officer.
The state cabinet decided to form a committee to look into the promotion issue. This will help the officers to get promotions to IAS rank within eight to ten years,” she said. 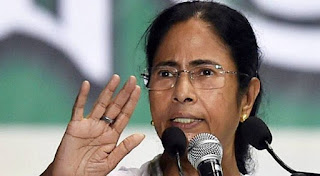