- June 02, 2017
On the invitation of the United Nations, Chief Minister Mamata Banerjee is going to the Netherlands. She is the first Chief Minister from India to be invited to a United Nations summit, and therefore, this is indeed something to be proud of for Bengal.
The occasion for which Mamata Banerjee is going to The Hague is the United Nations’ Public Service Day celebrations on June 22 and 23. This international day celebrates public servants’ contribution to sustainable development.
The theme of the 2017 UN Public Service Forum is ‘The Future is Now: Accelerating Public Service Innovation for Agenda 2030’. Five hundred dignitaries from around the world are going to grace the occasion.
The Mamata Banerjee Government’s Kanyashree Scheme has garnered international acclaim, and has been awarded by the United Nations. Other public service schemes like Sabuj Sathi and Yuvashree have also received a lot of praise for their effectiveness in addressing pressing social concerns. 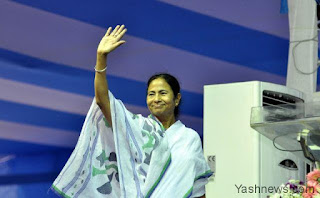