- June 01, 2017
Two Calves (baby cow) were brutally mauled to death by two Leopards at Chotopathu Village in Kawakhali near CRPF camp in Siliguri. 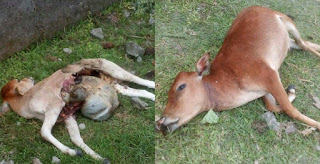 The leapords attacked them so badly that one calfs entire body organs were out. The calves were gazing near the village when this happened. 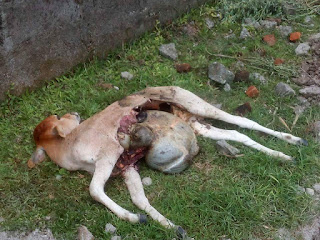 Locals informed after hearing the cries of the calves barely a year old and reached the spot immediately.  Loud noises were made which scared the beasts away. 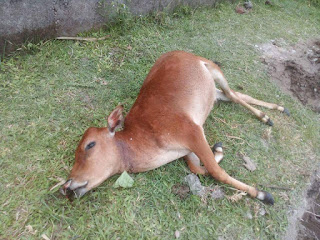 Sources said they had come from nearby forest after scaling the CRPF Camp wall.
Locals are not sure yet if the leopards went back to the jungle. Some were even seen saying they were tiger's.