- June 18, 2017
Three women from Nepal were rescued from human traffickers and one accused arrested in near the India-Nepal border in West Bengal’s Siliguri, an official said on Saturday.
“On specific information, a team of Border Outpost Panitanki near Siliguri, under the command of Reena AC, apprehended one trafficker and rescued three victims from Quarter more near Panitanki at 10 a.m.,” said Rajib Rana, Commandant, of Sashastra Seema Bal’s 41st Battalion.
According to him, the three women victims were being reportedly taken to Delhi and further to Kuwait by the trafficker.
All the victims were from economically poor background.
“The victims and trafficker have been handed over to the Nepal Police in the presence of the representatives of an NGO,” the official added. 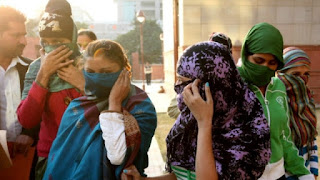