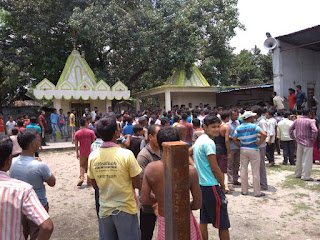 Huge tension and chaos mounts at South Colony area of NJP near Siliguri when some RPF officials try to alleged break a Shiv Mandir here said to be on Railway premises. 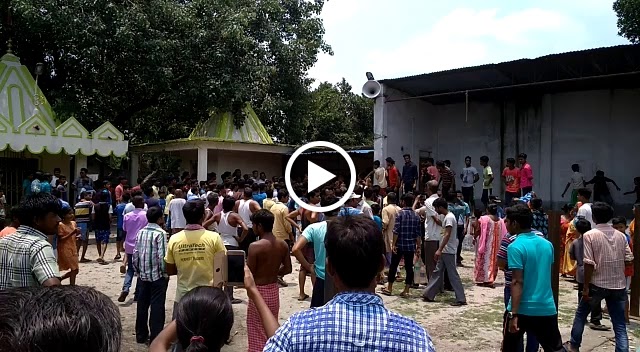 The RPF officials have been locked down inside the premises by locals when they were trying to alleged break Temple structure. 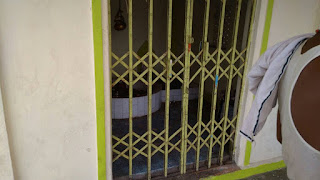 Locals police arrive at spot but locals didn't allow them to interfere. All media houses present on spot. The incident started at 10am today morning. 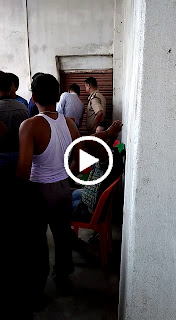 Pradhan (in white shirt) arrives on spot and listens to locals 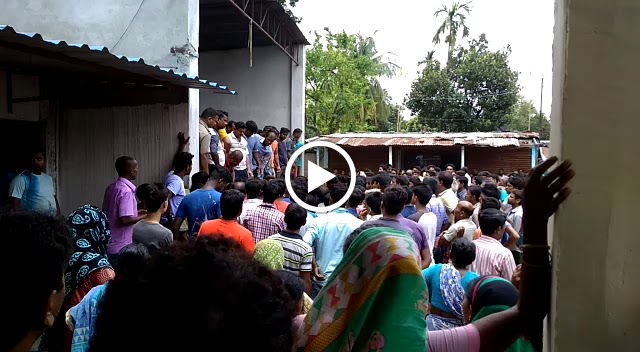 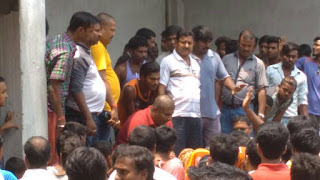 Locals are saying a huge amount of people are staying in railway premises after building their homes there, why is railways not clearing that. 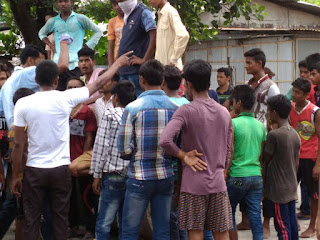 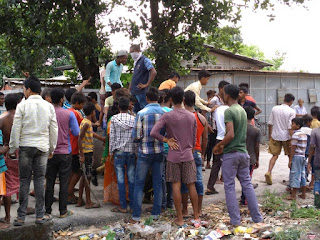 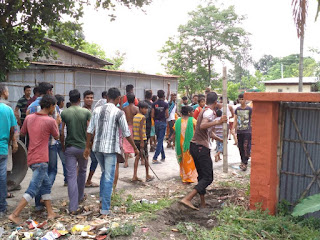 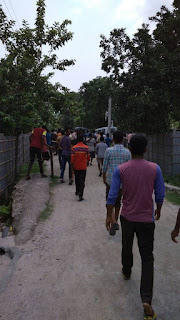 Locals have blocked the road, police not being allowed to enter temple premises. 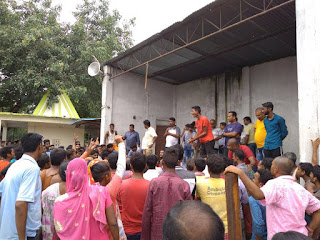 1.55pm: Local leaders trying to cool down people and requesting them to release the RPF officials.

We will update more on this here as the story develops.
NJP Siliguri