- June 13, 2017
The joint forum of trade unions of the tea industry in north Bengal on Monday began a two-day industrial strike, demanding implementation of minimum wages among other things.
Tea production in the hills is expected to take a hit as a result.
"The response so far has been overwhelming. As many as 90 per cent tea workers in the hills joined the strike. For example, only 18 workers entered the garden out of 1,800 in the Sukna tea garden," Centre of Indian Trade Unions (CITU) state general secretary Anandi Sahu told IANS.
However, the All India Trinamool Trade Union Congress — backed by the ruling Trinamool Congress — has been opposing the strike.
Sahu claimed that the local administration along with the Trinamool Congress-backed union tried to "nullify workers' agitation but they failed".
"The Darjeeling tea industry is expected to face a loss of more than Rs 10 crore in the two-day strike. The losses due to the strike will not only hit the tea garden owners but also workers," SS Bagaria of the Darjeeling Tea Association told IANS.
The forum, comprising of 24 trade unions, also called for a 12-hour general strike on Tuesday in the tea garden-based areas of West Bengal like Jalpaiguri, Darjeeling, Kalimpong, Alipurduar, Islampur and Mekhliganj.
"The strike is expected to have an adverse impact on the industry including the production. We have not yet computed any estimated loss," Indian Tea Association's secretary general Arijit Raha said.
The trade unions have been demanding the implementation of minimum wages, reinforcement of entitlement for tea workers and distribution of land holding among tea workers for residential purposes. 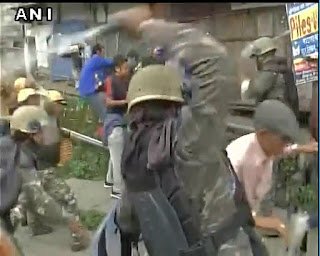