- June 07, 2017
The Kailash Mansarovar Yatra involves trekking at inhospitable terrain at high altitudes upto almost 19,500 feet.
15 lady commnados will guard the 32 kilometer stretch between Gunji and Lipulekh pass for the annual Kailash Mansarovar Yatra which will kick off from mid-June. The Indo-Tibetan Border Police (ITBP) has deployed 15 lady commandos of Seventh battalion who will not only provide security to the ‘Yatris’ but also assist them in high altitdse medical checkups.
Speaking with Amar Ujala, Mahendra Pratap, commandant of 7th battalion of the ITBP, said that the 32 km strect between Gunji and Lipulekh will be guarded by his battalion. He said apart from the jawans, 15 lady lady commandos have been posted on this route. With less than a week left for the Yatra to commence, the woman commandos have already started patrolling in the area and getting acquainted with the condition.
Notedly, ITBP provides security and logistical support to the ‘yatris’. The move  is likely  to help women pilgrims and children who undertake the arduous journey. The Kailash Mansarovar Yatra generally takes 26 days. The journey involves trekking at inhospitable terrain at high altitudes upto almost 19,500 feet.
A total of 350 yatris have registered for the Kailash Mansarovar Yatra 2017 via Nathu La route, a senior Tourism official of Sikkim government said today. The 350 yatris would travel in seven batches of 50 yatris each. The first batch of yatris will report at New Delhi on June 11, and will arrive in Gangtok on June 15. They will cross over to the Chinese territory on June 19. The final batch of yatris will reach Gangtok on August 12, after completing the Yatra, said the Tourism secretary of Sikkim Government, C Zangpo. The entire handling of the Kailash Mansarovar Yatra via Nathu La will be done by Sikkim Tourism Development Corporation (STDC), reports PTI. 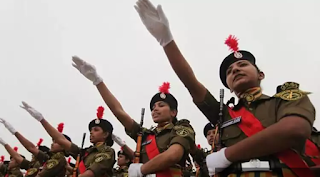