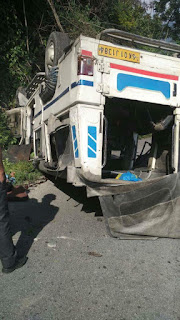 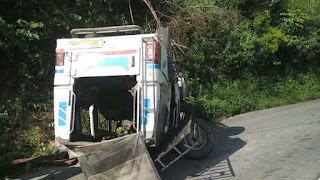 Sikkim Namchi - Rangpo Savari SK 01 J 1384 met an accident near Turung along Namthang some while ago. 1 killed on spot.
As informed by a citizen reporter with pics and illustrated by Mr Ballav Bhandari. 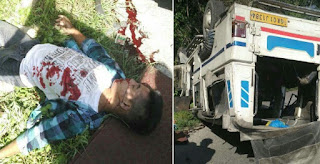 According to passengers who were 11 in numbers , one sustained injury , rest are fine and 1 died on spot. The deceased is passenger says Mr Bhandari. Police is yet to arrive at spot. 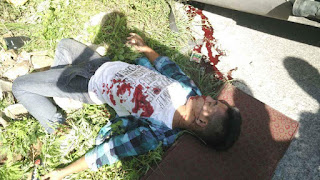 ROAD ACCIDENT UPDATES!
One dead, 13 injured in mishap
One person was killed and 13 others including the driver were injured after the taxi Savari they were in met with an accident at Brimbong, Turung, South Sikkim.
The mishap took place at around 2.40 pm Tuesday afternoon. The Savari was reportedly plying towards Rangpo from Namchi with fourteen occupants including the driver. Nikesh Bantawa (19) from Rabongla succumbed to his injuries while being transported to Namchi District Hospital.
Namchi Police have  registered a case under relevant sections of IPC and CMV Act against Madan Ghatraj (48), the driver of the vehicle.