Over 10,000 tourists stuck in Darjeeling as GJM supporters’ clash with police, Strike announced 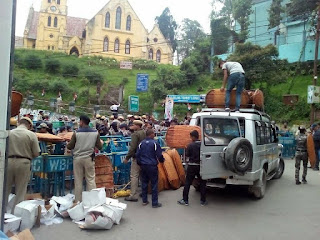