One minute story by Nileema Jain - At times strangers teach you so much!!

- June 03, 2017
Starbucks - Friday Morning - hot frothy cappuccino - Lose pyjamas - messy hair - pleasant weather - Perfect day it was..
Not too far from me, sat these two gentlemen. One was in his early 20s and the other must be in his early 30s. As I sat there enjoying my coffee, there was some serious business talk going on between these two gentlemen.  The elder one (say A) was trying hard to explain a concept/strategy (not sure) to the younger one (say B). From what I could sense, A and B were definitely not in the same page even after good 10 minutes. A said abc and B understood def. I was anticipating some sort of agitation between them post that but what happened next made me virtually "take a bow"!
Person A (who looked pretty experienced and thorough professional) began - "Maybe I'm unable to articulate my words properly, let me try once again" and he began explaining B again. After another failed attempt he said "I think I'm not explaining it to you the right way, okay so let's say.." and he began again!
I sat there unable to get my mind out of the conversation. A sudden realisation - I have almost "always" done the opposite. When I try explaining something and the other person doesn't understand, the first thing (well..the only thing) I say is "you aren't understanding", "you don't get it", "listen to me properly". I could feel that hollowness within, I mean had I never had the courage to take the blame onto myself "ever"?
For me it has always been "you, you and you" and for this person it was "I, I and I".
For me he beautifully demonstrated what it takes to be a leader! Unaware of the fact, he had given me one of the biggest inspiration to change!
My heart immediately quipped - "The "you" game can help you be that 1 of the 10 best people , but to be that only 1 person up there - you need to shift to the "I" game! Learn to accept before expecting others to accept."
This was indeed more than a perfect Friday morning! What a start to the weekend :)
(Pic uses for representational purpose only) 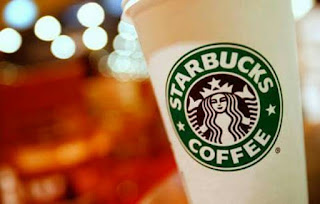