- June 02, 2017
Mystery shrouds the death of a housewife whose body was found at her in-laws' house in Malda. The incident had triggered tension in the locality. Family members of the victim lodged a complaint with the police alleging that the woman was murdered at her in-laws' house. On the basis of the complaint, police have arrested the victim's husband. Police said that the victim, Arpita Ghosh, a resident of Barrackpore in North 24 Parganas married one Jiban Sarkar, a resident of Sohra village under old Malda about three years ago. The victim's mother told the police that her daughter had been working for an IT firm in Barrackpore where the accused had also been working. The accused took the victim to Malda and married her. They had a two-month-old baby. Family members of the victim went to Malda after they came to know about the incident. They alleged that she was strangulated. The victim's mother told the police that the accused had started demanding money from her daughter after their marriage. She claimed that the accused had recently developed an illicit love affair with another woman, also a resident of Malda and that he wanted to marry the other girl. This had allegedly prompted the accused to conspire to kill his wife. Family members of the victim demanded stringent punishment for the accused. Police have already arrested the husband but they are yet to arrest his parents. Police have started a detailed probe in this connection. Police said that there were several injury marks on the body of the deceased. A deep injury mark around her neck has led the investigating officer to believe that she might have been strangulated. The body has been sent for post-mortem. In another incident, a 40-year-old woman was allegedly killed by her husband. The incident took place at Golabari area of Canning on Thursday. Local residents alleged that the victim, Jahanara Jamadar, had been tortured by her husband Sahabuddin Jamadar, who has been absconding since the incident took place. Police suspect that the victim might have been poisoned. Police are conducting raids to nab the culprit.
Millennium Post 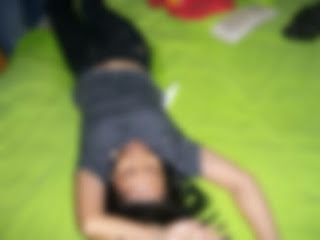