- June 13, 2017
Monsoon entered some parts of sub-Himalayan West Bengal (including Darjeeling) and Sikkim on Monday.
﻿
Heavy rains are expected in some parts of West Bengal by Tuesday or Wednesday with monsoon entering the state, the India Meteorological Department said on Monday.
"Monsoon entered some parts of sub-Himalayan West Bengal (including Siliguri, Dooars, Darjeeling hills) and Sikkim. It is also entering districts such as North and South 24-Parganas, Nadia and Murshidabad in Gangetic West Bengal. Heavy rainfall is expected to lash these parts in the next 48 hours," a Met department official told IANS.
The official said humidity on Monday noon hovered around 68 per cent in Kolkata. 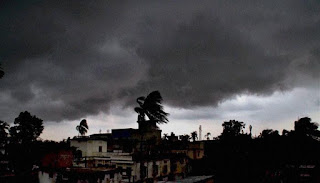