IT Issues Notice To TMC Over Mass Expense

- June 07, 2017
In wake of the Income Tax department issuing notice to Trinamool Congress (TMC) seeking details of a Rs 24 crore splurge by the party towards a mega publicity drive ahead of the 2014 general elections, the Bharatiya Janata Party (BJP) on Wednesday dubbed Chief Minister Mamata Banerjee-led party as corrupt.
The TMC has been charged with suppressing crores spent on helicopter rides for the Chief Minister Mamata Banerjee. A massive poll PR undertaken via advertisements released in numerous states is also under the scanner.
The Income Tax authorities have sent the party a notice demanding an explanation for the splurge, to which the TMC has sought extensions.
Asserting that truth should come out, BJP leader Dilip Gosh said that in the past the Comptroller and Auditor General (CAG) had also raised questions in the regard.
“This was ought to happen. I had questioned the same thing in the past that Mamata ji is campaigning in helicopter, who is paying bills of the same? Now it has come in to light that yes there was a scam. Whole party is corrupt. No accounts are being maintained. CAG has also raised questions in this regard in the past. The truth should be unveiled,” said Ghosh.
The reluctance on the part of the TMC to declare why is kept its splurge allegedly kept secret from Income Tax authorities has raised serious doubts about proprietary. 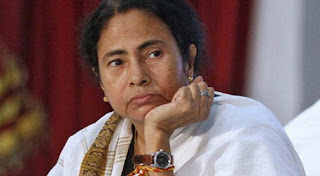