- June 08, 2017
A 33-year-old Indian man attempting to smuggle 20 kg silver worth NRs 1.2 million into India from Nepal has been arrested by the Nepalese police.  Vijaya Sarraf was arrested by Narayani zone police while he was trying to smuggle the silver via the border post at Birgunj in southern Nepal yesterday.  The illegal silver was stacked in a compartment under the seat of his vehicle, police said.
The market value of the illegal silver was estimated to be around NRs 1.2 million, according to The Himalayan Times.  Sarraf was reportedly smuggling the precious metal for a Birgunj-based jewellery trader.
The police said they were investigating the trader. 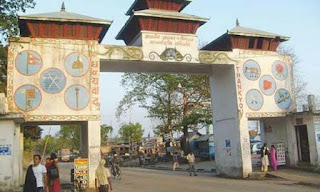