- June 12, 2017
"Recall over 500 Fake Doctors in Bengal are on CID Eyes"
Till a few days back, a small locality in Howrah’s Ramrajatalla Kedarnath Bhattacharya Lane used to treat Dr Subhendu Bhattacharya with God-like admiration.
Known for his immense social work and free treatment to poor, the 38-year-old, popularly known as ‘Doctor Babu’, was a troubleshooter in his locality. But little were they aware that he was playing with the lives of thousands of people in the name of providing affordable health care.
On June 2, Subhendu was arrested from his house in Ramrajatalla, for carrying out his practice based on fake medical degrees. He was on the run for almost two weeks but CID sleuths finally arrested him and a probe is underway.
Subhendu’s rise to where he was has been so stupendous that his fall from it has come as quite a shocker to those who know him. He claimed to be the youngest member of the Royal Colleges of Physicians (MRCP, UK), for which he also held the Guinness World Record, at least that is what he claimed.
He was awarded the lifetime achievement award by President Pranab Mukherjee during the 6th Dr Malati Allen Nobel Award in Kolkata.
“He was always ambitious and wanted fame. He always wanted to become a doctor and feared failure. But, we never expected him to land up in this mess,” one of his friends told News18.
A quick look at his Facebook profile is enough to impress anyone. In his profile he claimed to be member, Sub-Committee for Medicine/ Physiology at Nobel Foundation, Freelance Researcher cum Advisor at QIMR Berghofer Medical Research Institute, Research Report Reviewer at American College of Physicians (ACP). He also claimed to be a joint secretary, Howrah Medical Club.
His list of degrees is even longer and he claimed to have studied at Royal College of Physicians, London, American Public Health Association at University of Wisconsin-Madison, Stanford University School of Medicine: Center of Excellence, University of Oxford, Harvard Medical School, School of Clinical Medicine at University of Cambridge, Massachusetts Institute of Technology (MIT) and at last the Calcutta National Medical College & Hospital, Kolkata.
Subhendu was exposed after a city-based doctor Ayan Bhattacharya (a post-graduate medicine student at the All India Institute of Hygiene and Public Health in Kolkata) lodged a complaint with the Bantra police station in Howrah that Subhendu was using his registration number to run a private nursing home - Kalpana Women and Child Care in Ramrajatalla. The cops immediately swung into action.
“This is an alarming situation and the CID has already seized his nursing home in Howrah. He played with the lives of so many people. He will be punished as per law,” Nirmal Maji, chairman of the West Bengal Medical Council, said.
Source News 18 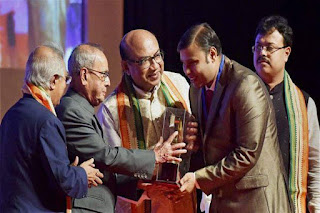