- June 07, 2017
The management of a Duncans garden in the Dooars has left the estate for the second time without any notice.
In April 2015, Huntapara Tea Estate was closed after the management had left without intimation. The garden was reopened on April 5 this year and within two months, it is shut again.
Deb Sen, the general manager of Duncans Group, said: "The manger and the assistant manager left the estate four days ago because there is no electricity in the garden. We had appealed to the officials of West Bengal State Electricity Distribution Company Ltd to provide domestic connection to the manager's bungalow but they have not given it."
Sources said the station manager of Birpara WBSEDCL had filed an FIR against the manager for alleged electricity theft at Madarihat police station.
The labourers are worried as they have only received 15 days' "advance payment" after the garden was reopened and their dues accumulated before April 2015 haven't been cleared yet. Also, wages of the past two months are lying due, sources said.
Manna Lal Jain, the leader of Madarihat Cha Bagan Trinamul Mazdoor Union, said the Alipurduar district magistrate had been informed about the situation.
Huntapara, 65km from Alipurduar district, has 1,700 permanent workers.
Telegraph 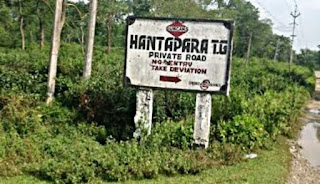