- June 05, 2017
The GJM wants a separate state of Gorkhaland to be carved out of the three hill sub-divisions of Kurseong, Kalimpong and Darjeeling.
Mirik: Chief minister Mamata Banerjee on Monday said that a special audit of the funds received by the Gorkhaland Territorial Administration in the Darjeeling hills in the last five years would be done.
The chief minister questioned the performance of the GTA and accused the Gorkha Janmukti Morcha, which controls the hill body, of misusing money given from time to time by the state government for development work. “The GTA is under the jurisdiction of the state government. We can always inquire into how much money has been used properly and how much has been siphoned off,” she said.
The GJM wants a separate state of Gorkhaland to be carved out of the three hill sub-divisions of Kurseong, Kalimpong and Darjeeling and spearheaded a violent agitation in its support in the recent past.
Addressing a programme here in picturesque Mirik, Ms Banerjee warned the GJM against doing divisive politics in the hills and accused it of trying to foment a “Gorkha-Bengali” divide just ahead of the GTA elections by launching a disinformation campaign that the state government was replacing Nepali with Bengali language while making study of Bengali compulsory.
“They are trying to create a division between the people in the hills and the plains. I have never said that we will replace Nepali language with Bengali. It is a canard that is being spread against us,” she regretted.
The chief minister explained, “I have proposed a three-language formula. It is our government which gave recognition to Nepali language as one of the official languages of the state government’s recruitment exams.”
She says that whenever election time approaches, they start using this tactic of playing Gorkha against Bengali. “When a person from the hills goes to the plains, is he not respected there?” she wondered and emphasised that “Darjeeling is an integral part of Bengal, nobody can take it away from us”.
She said that there were some people who were not interested in the development of the hills, rater they were only interested in the politics of hooliganism and shutdown.
The Asian Age 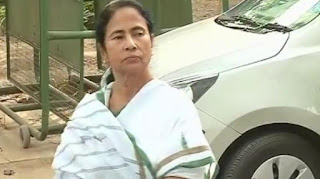