Aries (March 21 – April 19)
With your psychic abilities, you’re liable to shed some light on issues in which the truth has been unclear for quite a while, Aries. You can use your sensitivity to cut to the heart of the matter and expose the truth. This kind of behavior probably won’t come without friction from others. You can almost guarantee that it will. Don’t let it faze you. It’s important to reveal the truth.
Taurus (April 20 – May 20)
Control issues in your home are apt to be of concern today, Taurus. Be careful about feeding into others’ misconceptions of the situation. You’re dealing with powerful, opinionated forces that aren’t going to want to budge. Someone may have a warped view of the true issue at hand. Lay all the facts on the table before you start drawing any conclusions.
Gemini (May 21 – June 20)
You may feel nostalgic as you look through photo albums, rearrange furniture, and remember past times, Gemini. Your mind will touch on emotional events that you may not have fully dealt with at the time they happened. Old feelings that you thought were gone could well up and bring tears to your eyes. Honestly face these feelings now instead of stuffing them back down for another decade.

Cancer ( June 21 – July 21)
You could be operating based on an assumption that’s only a partial representation of the truth. In your effort to think about only the good side of the situation, Cancer, you may not see the entire truth. There’s a downside to everything. Feelings of anger, frustration, and even loneliness may go along with it.
Leo (July 22 – August 23)
If you’re experiencing emotional upheaval, Leo, you may take heart in knowing that other people are going through their own emotional turmoil as well. You will know that you aren’t alone in your quest for emotional stability. Share your feelings with others instead of shutting them up inside. It will help you feel better.
Virgo (August 23 – September 22)
You may feel like someone’s giving you the third degree, Virgo. You sense that you’re being accused of something and that you need to defend your feelings and actions. Try not to fall into this trap. Don’t let self-doubt sneak into the situation just because someone else questions your way of life. No one but you fully understands your situation.
Libra (September 22 – October 22)
Today may be filled with “I told you so!” You could find fault with others who haven’t dealt with the truth of a situation. Be careful about accusing someone of the very thing that you’re guilty of, Libra. Penetrating emotions will cut to the heart of the matter, and there will be no way to escape the hole you dig for yourself. Don’t criticize others when until you take an honest look at yourself.
Scorpio (October 23 – November 21)
Most of the time you deal with the facts, Scorpio. Facts are things you can grasp, categorize, and make rational sense of. Unfortunately, today some of your facts may be challenged by one of the things you fear most – intense emotions. The ensuing friction is like dealing with apples and oranges. You may find it hard to find any common ground from which to negotiate.
Sagittarius (November 22 – December 21)
It will be hard to deal with emotional issues that arise. A strong misleading force is feeding the illusion that things are fine when they really aren’t. Stop pretending that everything is going well, Sagittarius. The sooner you face the truth, the sooner it will stop plaguing you. Confront the deception directly.
Capricorn (December 22 – January 19)
Don’t automatically assume that people are going to understand your needs, Capricorn. Your emotions may be powerful today, and you could end up scaring people away instead of drawing them closer simply because you act irrationally and emotionally instead of reasonably and civilly. Be careful about targeting your frustration at the people who can help you the most.
Aquarius (January 20 – February 18)
You’re in a difficult position. Things aren’t exactly what they seem, Aquarius. Your emotions run the show today, and you may jump from one extreme to the other. There’s a good chance that much of what you experience is based on misinformation. Don’t get so caught up in the drama that you fail to recognize the truth of the situation.
Pisces (February 19 – March 20)
When faced with an emotionally intense situation, you’re likely to flee, Pisces. You’d rather change the subject to something more lighthearted. This form of escapism is doing nothing to solve the problem. In fact, by avoiding the emotional topic, you’re only creating more friction than if you just approached the problem directly. 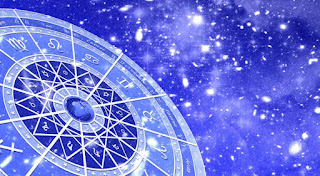