Pick one Trinamool Congress leader in Narada case, at least 1 lakh BJP members will land in jail, warned West Bengal chief minister Mamata Banerjee. The chief minister, who was speaking at a public meeting in Malda, was reacting to a statement by senior BJP leader Kailash Vijaywargia, who claimed that PM Narendra Modi had instructed the CBI to arrest corrupt leaders involved in the scam.

"My cabinet minister Subhendu Adkhirai is a rich man, he does not need a lakh from Narada. Another minister Firhad Hakim belongs to an affluent family, he too does not need this money. It is same with Mukul Roy. But they are Trinamool Congress leaders, this politics of vendetta will not last for long," said Banerjee.

Adding that she has cases ready for the BJP leaders, Banerjee said, "I have cases ready for them, the leader who is speaking so much, was shunted out of the civic body in Indore in corruption charges. So, I will advise them not to fly so high."

In his response, BJP national general secretary Kailash Vijaywargiya said, "You want 1 lakh BJP karyakartas to go to jail. They will go for the sake of their motherland. They are honest. But your people are corrupt. You have accommodated them in your cabinet. They have been sucking blood of the poor for long and you have been protecting them." 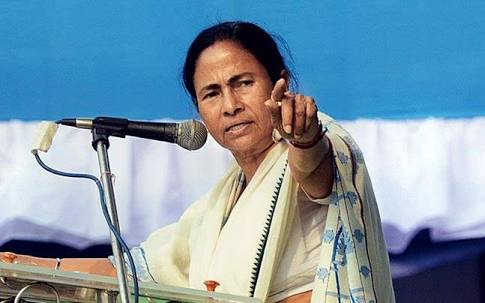