Why Darjeeling is the last frontier for TMC

The Trinamool Congress wants to break the jinx of the north Bengal hills rejecting parties from the plains. But a minister’s faux pas in the run up to the municipal polls may throw a spanner in that dream.

In pic: An elderly voter is assisted by volunteers after casting her vote at a polling station in Kurseong on Sunday for local municipal elections. (AFP)

The municipal elections in the north Bengal hills on Sunday have been described as the first real fight in a region attempting to move past a bloody, 100-year-old movement for separate identity and control.

The elections to four civic bodies – Darjeeling, Mirik, Kalimpong and Kurseong – are crucial for the Trinamool Congress that is looking to open its account for the first time in the hills.

But winning Darjeeling – the Queen of the Hills – is an uphill task because the hills have always voted for their own, and rejected parties from the plains of West Bengal.

This is the result of decades of resentment against Kolkata for neglect and lack of development, and Bengalis who are seen to only look at Darjeeling as a hill station.

On top of that is the movement for a separate Gorkhaland that has raged intermittently since 1912, and which, locals say has claimed more than 1,000 lives.

No mainstream party has managed to navigate this minefield for three decades, and local parties are projecting this election as a Gorkhaland vs Bengal fight.

“This is the first time we are witnessing a real contest,” said Jeta Sankrityayan, a professor at the North Bengal University.

Like most Bengalis, the hills are close to Mamata’s heart. When she swept to power in 2011, she promised to solve the then festering Gorkhaland protests in 100 days, and managed to restore peace by setting up a independent administrative council.

But six years on, the council and its work are mired in corruption allegations and the hills are poorer than ever.

This, surprisingly, has helped the Trinamool, and hurt local parties such as the Gorkha Janmukti Morcha that has dominated the council since it was set up.

“There is a undercurrent that people will vote for needs and governance for the first time, and not identity,” said Sankrityayan.

But it is identity politics that could trip the Trinamool after minister Indranil Sen said in a rally that Gorkha leaders should be expelled from the hills in steel boxes. A ripple of anger has shot through the hills and even the Trinamool’s allies are battling to save face.

In Darjeeling, the Trinamool didn’t win a single seat in the assembly election, which it swept in the rest of the state. Gorkhaland is always touted as an example of how a government should deal with separate statehood demands. Even a couple of seats will be a a shot in the arm for Mamata. 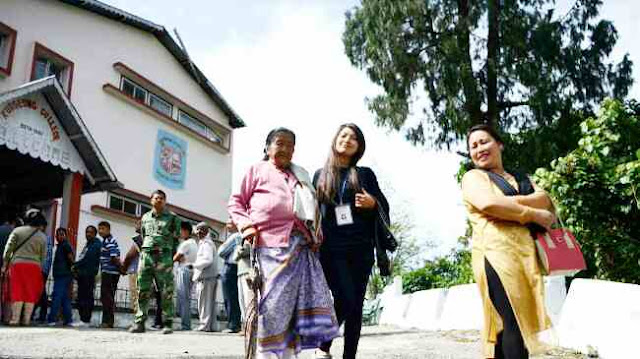