Union Home Minister Rajnath Singh will chair a meeting with the Chief Ministers of five states on the issue of the India-China Border, in Gangtok.

Today, the meeting, a discussion will be held about the border infrastructure work undertaken by the Home Ministry, Border Area Development Programme and coordination issues between the states and the Indo-Tibetian Border Police.

The Home Minister is also expected to visit the Nathula Pass and ITBP border post at Lachung to meet the Jawans of the force.

Tomorrow Sunday, Rajnath will visit the Sashastra Seema Bal Battalion Headquarters and also take an aerial survey of the SSB border posts at Uttarey, Kumukh and Bajrajadhara on Indo-Nepal Border.

The Home Minister will also interact with jawans at a Sainik Sammelan at Geyzing and will later attend a civic action programme at Pelling in Sikkim. 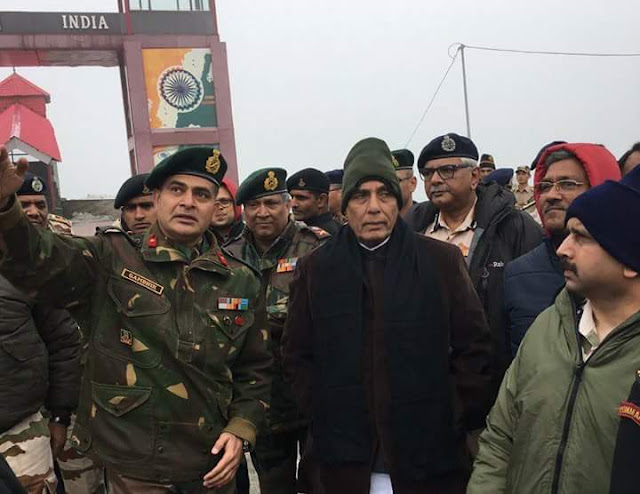