The Trinamul Congress has sought the active participation of representatives of various development boards to ensure the party's victory in the ensuing Kalimpong municipality elections.

Even though Sharma denied holding meeting with the board representatives, reliable sources confirmed that he had sat with them in the office of the Tamang Development Board.

Sharma has been camping in Kalimpong since the middle of last month and is micro-managing Trinamul's election campaign.

Citing an example, the source said since members of the Hindi-speaking community were in large in ward 1, representatives of the minority development board have been given the responsibility of ensuring the victory of the Trinamul candidate there.

"Similarly, we have given the responsibility of managing wards to different boards depending on the voters profile. The representatives of the boards have been told very clearly that they have to ensure the victory of our candidate in wards where their communities are in a majority," said the source.

Sharma, however, denied holding a meeting with the board representatives. "No. We didn't hold any meeting with boards. Since we could not find a suitable venue, we requested the Tamang Board to give its office and held our meeting. The meeting was attended by Trinamul workers," he claimed.

The Trinamul leader said he was confident that the people of Kalimpong would give Trinamul a chance this time. 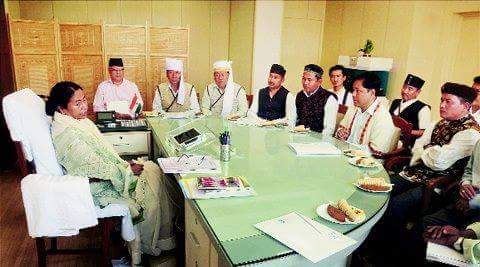