TMC supporters including the husband of the candidate of ward number 16 were allegedly attacked in Darjeeling town on Wednesday night. The person with head injuries has been admitted to Darjeeling Sadar Hospital. FIRs have been lodged at the Darjeeling Sadar Police Station. On Wednesday night, GJM supporters allegedly arrived at the house of Kabita Chettri, TMC candidate of ward 16 at the Rockwood area near Darjeeling Railway Station. "The GJM were celebrating their victory in ward 16. After the celebrations got over, they arrived at my house looking for me. When they did not find me, they beat up my husband Rajen Chettri. They even manhandled my 18-year-old daughter who was pleading with them not to hit her father," alleged Chettri.

Rajen Chettri has been admitted to Darjeeling Sadar Hospital with head injuries. There are allegations of GJM supporters manhandling family members of TMC supporters in the same ward including that of Ranjita Chettri and Shyamali Debnath. "They burst firecrackers inside my house and manhandled my kids," alleged Ranjita. FIRs were lodged against GJM supporters S Tamang, Kiran Pradhan, Hiren Pradhan and others. The police have initiated a case. "The GJM are trying to unleash terror in the Hills. The police have to take immediate action against this," stated N B Khawas, TMC Working president, Darjeeling Hills. 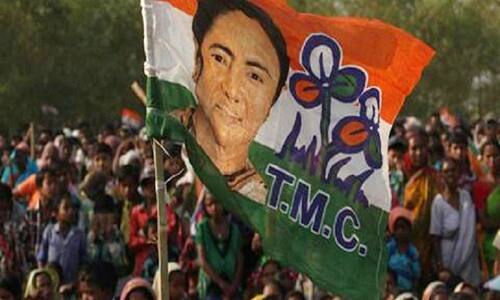