This municipality always went with Congress as long as Priya Ranjan Das Munshi was at the helm. With Das Munshi in hospital, his close aide Mohit Sengupta has been calling the shots as chairman for 10 years. But this time, Trinamool has driven a wedge in Congress camp, hoping to wrest the municipality.

Sengupta, though, sounded confident. "They (Trinamool) are taking all means to defeat us. But if there is a fair election, people will support us as they know what we can do and who the traitors are." Thus, civic issues like drinking water or traffic jam have taken the back seat, leaving it a battle between Mohit and Trinamool. CPM leader Asok Bhattacharya harped on the "traitor" campaign. "Which party does he (Bhuiyan) belong to?" said Bhattacharya taking a dig at Bhuiyan's recent declaration about his Congress identity to the Speaker of the West Bengal Assembly.

BJP is banking on the post-Uttar Pradesh surge in support. Led by Dilip Ghosh, BJP hit out at Trinamool over violence with alleged support from the administration. The recent attack on candidate Bhakta Kumar Roy's house allegedly by Trinamool goons is a case in point.

"Police fail to provide security to our candidates. Worse, they are slapping false charges on our men," said BJP's Ritesh Tiwary. Yet, BJP is not a major contender here. Its rising support can only queer the pitch of the main contenders — Congree-Left led by Mohit Sengupta and Trinamool. 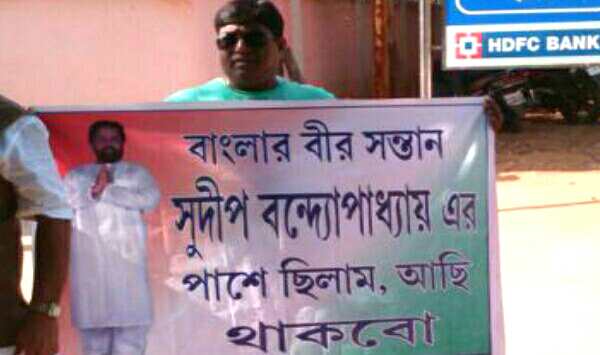