Trinamul leaders said the attack had come as a surprise as the party had gradually gained control in the district by elbowing out the Forward Bloc.

After the attack on the car of BJP leaders Locket Chatterjee and Jayprakash Majumdar and the ransacking, Trinamul activists set three BJP offices on fire.

Sources said the BJP had been gaining in strength in several pockets of Cooch Behar near the Bangladesh border, especially among the erstwhile enclave dwellers. Unlike in other districts, sections of minorities seem to be backing the BJP in Cooch Behar.

Several cars - including two police vehicles - two-wheelers and battery-operated autorickshaws were damaged by supporters of both parties.

Locket later said if Trinamul attacked the BJP, "we will reply in the same language". 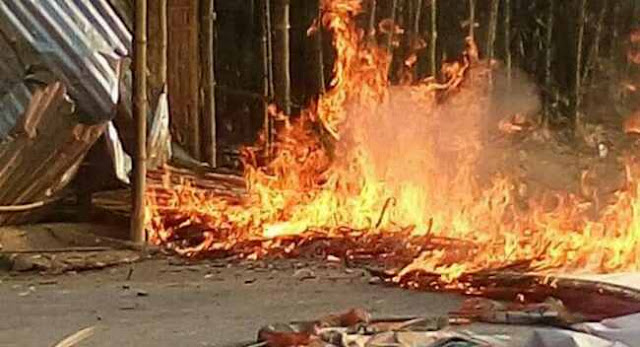