The order was pronounced by the SC bench comprising of Justices Dipak Misra, Justice R Banumathi and Justice Ashok Bhushan.

While upholding the Delhi HC death penalty order, the SC bench said 'taking note of the serious injuries, the severe nature of offence committed by the convicts, we are upholding the sentence'.

The three-judge bench said victim's dying declaration is consistent and it has been proved beyond doubt and corroborated.

The case definitely meets the rarest of rare benchmark, the bench said. "If ever a case called for hanging, this was it."

While reading out his judgement, Justice Misra said modern and progressive techniques have been used in investigation, prosecution shall be relied on, dying declaration of the victim proves the case is beyond doubt.

Justice Bhanumati said that there should be a systematic education of children of to ensure how they will give respect to women. She quoted Swami Vivekananda as to how should tradition enrich society with knowledge and understanding to ensure justice for women.

Nirbhaya's father expressed satisfcation with the SC order. Speaking to news agency ANI said, "It's a victory for my family, I am very happy with the judgement."

Six people, including a juvenile, had brutally assaulted the 23-year-old paramedic in a moving bus in South Delhi. After committing the crime, both were thrown out of the vehicle with her male friend on the night of December 16, 2012. She died in a Singapore hospital on December 29, 2012, triggering nation-wide protests that resulted in giving more teeth to laws related to rape and other forms of sexual harassment.

The four convicts - Mukesh, Pawan, Vinay Sharma and Akshay Kumar Singh - along with late Ram Singh and a juvenile had sexually assaulted Nirbhaya, which had shaken the entire nation's conscience.

The juvenile accused has been released after completing mandatory probation period in a remand home. Ram Singh allegedly committed suicide while in incarceration.

The SC had, on March 27, reserved its verdict on the appeal of the four convict, against the conviction and death penalty awarded to them by the high court on March 13, 2014.

The top court will also look into the issue of quantum of sentence to the convicts as it has been alleged that the trial court did not separately consider "mitigating" circumstances of each convict while sending them to the gallows.

The high court, in its verdict, had observed that their offence fell in the rarest of the rare category and had upheld the death sentence awarded to them by the trial court. 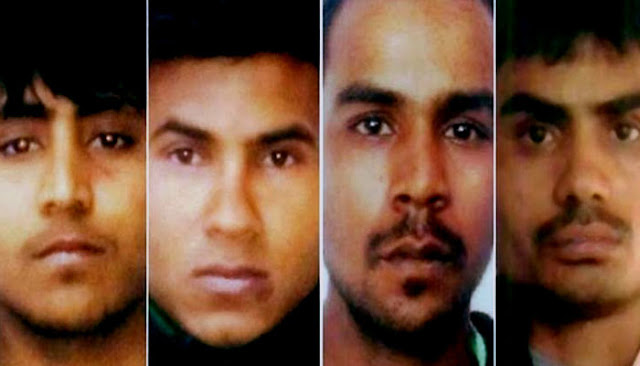