Siliguri Mayor Asok Bhattacharya was discharged from Siliguri district hospital on Sunday, a day after he was attacked allegedly by Trinamool Congress councillors during a monthly session of Siliguri Municipal Corporation. The 68-year-old CPM leader was admitted to the ICU unit after he sustained an injury to his forehead. As his condition became stable, Bhattacharya requested the doctors to release him.

“A lot of people were coming to visit me at the hospital, which was causing inconvenience to other patients. I did not want that. I do not want people to suffer for me,” Bhattacharya told The Indian Express. Doctors have advised the CPM leader three days’ rest. CPM leaders and workers took out multiple rallies in Siliguri on Saturday and Sunday to condemn the attack on Bhattacharya. When asked about what had prompted the TMC councillors to attack him, Bhattacharya said: “The TMC councillors asked me to grant Rs 10 lakh to each borough of the corporation to help them organise cultural programmes. In reply, I had said councillors were already organising culture events in every ward. If we had money, then we could have considered the proposal. The culture of the state is at the verge of collapse, with ruling party leaders and state ministers seen taking money. As soon as I said that, TMC councillors got agitated and asked me to apologise for making derogatory comments.”

The Mayor added: “Instead of waiting for my response, they started hurling water bottles, papers and bags. Other Left councillors came to my rescue. One of the bags fell on my head. Despite such an attack, I completed my speech and returned to my chamber. There I was feeling uneasy, and other councillors took me to hospital. I had abnormally high pressure after the incident.” According to Bhattacharya, this is nothing new. “Ever since the TMC failed to capture the corporation with its horse-trading tactics, its councillors have been engineering such attacks. Earlier, I was not allowed to enter my chamber, and they had created ruckus in corporation budget session,” he said. 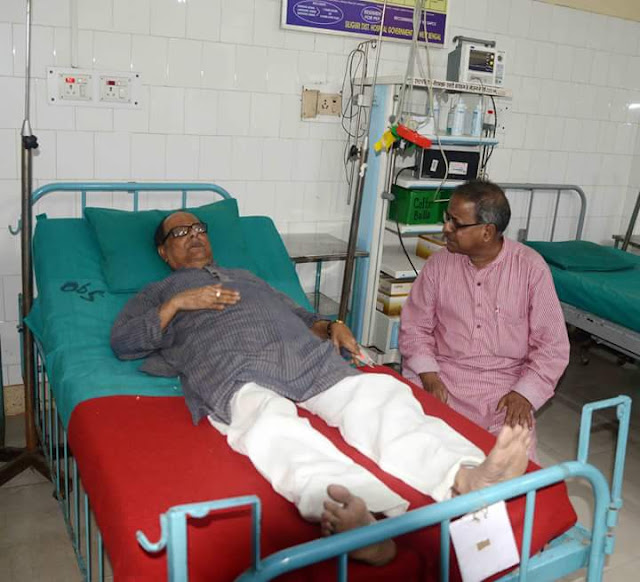