Pemba Tamang from the 5/1 Gorkha Regiment of the Indian Army and a resident of Ambadhura road near Salbari Panchnai Envlave in Siliguri and representing the Indian shooting team won bronze medal in individual event & silver medal in team event with his partner is Samresh Jung.

The tournament was held at Plzen in the Czech Republic (in Central Europe) 48th Grand prix of liberation..

In the past also he has won many medals in national & international level.

His major achievement was is 2006 at the Commonwealth Games. He won silver medal in individual category & gold medal in team event.

In 2014 he won silver medal in Asian games. We wish our Gorkha brother all the best in forthcoming events. Veteran shooter Jitu Rai had also participated in the Chez event.

By Mingmar Tamang exclusively for ILS 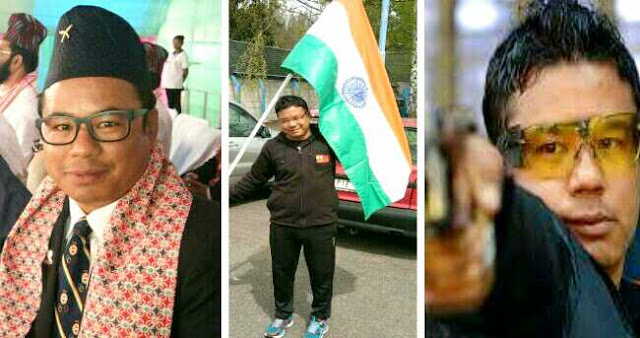