- May 28, 2017
A meeting to take stock of the 2017 season of Kailash Mansarovar Yatra through Nathu La corridor of Sikkim was held on Saturday afternoon at the conference hall of Manan Kendra.
The meeting was chaired by State chief secretary A.K. Shrivastava and attended by heads and representatives of departments concerned, and officers of the BRO, Army, ITBP, Customs & Immigration and BSNL, informs an IPR release.
Tourism secretary C. Zangpo gave a brief report of the various stages of the yatra and necessary preparations required at every stage. He informed that 350 pilgrims have registered for the yatra through Sikkim route which would be completed in seven batches of fifty yatris each.
The first batch of yatris will report at New Delhi on June 11 and will reach Gangtok on June 19. The final batch of yatris will reach the State capital on August 12 after completing the pilgrimage.
Zangpo informed that the entire handling of the Kailash Mansarovar Yatra will be done by Sikkim Tourism Development Corporation.
The chief secretary took detailed stock of aspects such as accommodation, transportation, logistics, medical facilities, power and water supply, customs and immigration facilities, and communication facility. He was briefed on each aspect by the concerned department and agency.
Shrivastava urged all the departments and agencies to work in perfect coordination to make the Kailash Mansarovar Yatra 2017 a success.
--SIKKIM EXPRESS REPORT 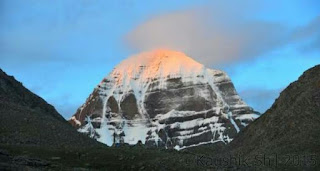